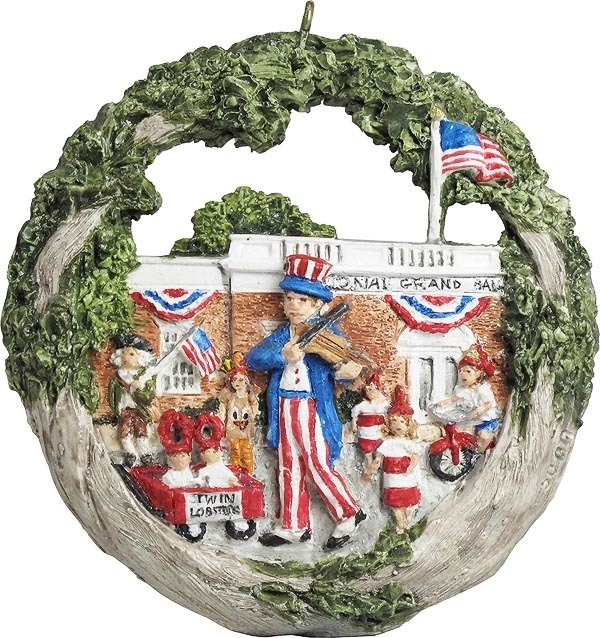 The Horribles Parade was originally known as the "Ancient and Honorable Artillery Company of Massachusetts" (the country's oldest military organization chartered in 1638), where members of the company would parade around in uniform every 4th of July. These members, known in the Boston area as "the ancients and honorables", would parade in all sorts of old uniforms, depending on their prior regiments. Soon the parades degenerated into more satiric and ludicrous event and the name eventually transformed to "antiques and horribles". The first "Antiques and Horribles" parade on record took place in Lowell, on July 4, 1851. Many Massachusetts North Shore communities, especially Marblehead, have a long history of the "Horribles" parade. The Marblehead Fire Department sponsored the parade as early as 1939. The Gerry No.5 Veteran Fireman's Association took it over in 1959 and thanks to them the "Horribles Parade" continues to this day.

Each year the parade involves more than 500 participants. The parade is more charming than horrible. The Marblehead tradition draws hundreds of children dressed in costume, parading with homemade floats through downtown, representing three categories; current events, historical, and original which just about covers everything. At the parade's end, each participant receives an ice cream sandwich and a bag of goodies which includes a Kennedy half dollar. Additional cash prizes are awarded and no one leaves empty-handed.

The Gerry No.5 Veteran Fireman's Association was established in 1956 by a group of like-minded Headers to preserve the Gerry No.5 Handtub. The association, dedicated to the history of firefighting, practices philanthropic pursuits such as sponsoring scholarships for high school seniors and providing assistance to sick children and their families. We salute the Gerry 5 for offering a great social environment and its continual service to the community of Marblehead and beyond